Assertiveness with Men and Boys is Key to Gender Equality 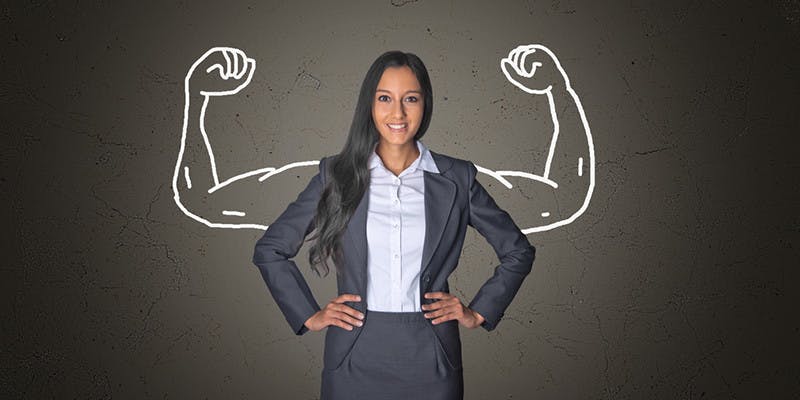 Rosie the Riveter Knows the Power of Being Assertive and Confident

I recently attended and presented at the World Bank Conference on Oil, Gas, Mining and Gender in Washington, D.C. and was impressed with the gender practitioners’ best practices from around the world on how to create a sustained shift on gender equality. I specifically dialed into the conversation on men and boys and their fundamental role in making this shift happen. Having been raised by a patriarchal father, I can identify with the mindset of men of a certain age that are so entrenched in their gender stereotypes that they cannot seem to see that there will ever be gender equality. To them, our roles are cast in stone. As a strong female role model, I ensure that I teach my son and daughter how gender stereotyping can pigeon hole them into certain roles. This is my part in beginning the shift of this paradigm, but it is by no means the end.

Recently, there has been a call for more male allies in light of the Me Too movement. The men who know how to respect women in both personal and professional worlds cannot stop there. When they see a situation that is not right, they need to speak up and assertively hold other men accountable for their actions.[1] Giving them the social safe space, teaching them about female experiences, and providing a forum for discussions will[2] enable them to feel confident that they are doing right by women and leading those men who don’t know better toward the right path of behaviour. Being a bystander of poor behaviour is no longer acceptable in a society that is increasingly holding people accountable for their actions.

Standing Up to Discrimination

Being assertive in the face of discrimination is tough.

Women too need to have assertiveness skills that help empower them in difficult situations or conversations on gender equality. Without that ability, women can tend to slough off a situation or wilt away without responding especially if they are concerned about being liked[1]. I have a couple of examples taken from my own life experience to share.
I was once hit on inappropriately in the workplace and instead of letting it go and laugh it off, I spoke up and said “My outgoing personality can sometimes confuse people but this is a professional relationship and nothing more.” That stopped the guy dead in his tracks but he was able to save face because I didn’t do anything other than set the boundary between us. Being assertive without being aggressive is one tactic to use when having these types of conversations. Granted, not all men are willing to hear “no” or “stop”, but the more comfortable we are with saying it, and the more our allies stand up for us, the greater our chances of men understanding why their behaviour must change.
I’ve had numerous times where men have stated matter-of-factly to me that “gender equality will never happen” or “what is the big deal?”  I use empathy but again stay firm with messaging to explain that men have long held the positions of power and decision making throughout our history however, women have managed to earn the right to vote, work, divorce and decide their destiny. There’s a need for thoughtful and disarming language to be inserted into the gender equality conversations so men are course corrected in a way that isn’t offensive and opens their minds to new ways of thinking.
Unequal pay is another example I can think of where I had to assertively make my case. A male consultant was hired to do different aspects to a project I was working on and was being paid over twice what I was. I had been told that I shouldn’t expect the same pay as the job is different. I understood this, but my piece was also significant in terms of the overall success of the project. Different job yes, but equally needed and dependent on a successful project outcome. Plus, I have a solid resume. There was really no excuse that I could see.  My boss then said that the male colleague was calling him in the evenings to discuss the project and as a result worked “all the time” and I did not. This is where I decided to assert my view to him and said, “I can call you at night too but I don’t think your wife would appreciate it or understand it very much.”
The only thing that was preventing me from being on par with my male colleague was the fact that he had greater access to my boss and there was an unfair situation at play between us. After raising my point to him, my pay doubled to its regular per diem from that day forward.

Engaging with men on gender equality is a critical component to shifting the workplace culture from the issues we see today to where it ought to be. Granted, as I mentioned, not all men will be receptive to these conversations, but we have to keep fighting for equality. Often, we are caught up in what needs to shift (e.g., policies, mentoring, infrastructure), but we also need to realize how we need to do this shift.

What is a Gender Gap Audit?

Not sure if a Gender Gap Audit makes sense for your organization? Download our free Gender Gap Audit Guide that explains what the audit is and why it’s a great starting point towards a Gender Equitable workplace.

Download our free report on the Path of Least Resistance to Gender Equity & Inclusion that explains the actions you can take, and you’ll better understand how you can move past the resistance to make a change towards a more Gender Equitable & Inclusive workplace.