Impulse control – Look Before You Leap 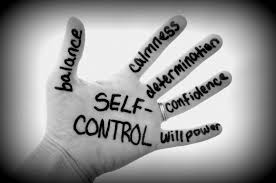 Despite the growing attention given to gender diversity these days, you can still find people who will quietly admit that they don’t see this issue as an issue at all. They are the folks who look around them and see women employed and wonder what all the fuss is about. And there are those that say it’s a generational issue that will sort itself out when baby boomers retire. But are they dismissing the need for gender diversity based on true facts, or their gut (emotional)reaction to it? Put another way, are they looking at the issue closely before they leap to a conclusion?
Impulse control is a key EQ skill and is defined as the ability to resist or delay an impulse, drive, or temptation to act. It entails avoiding rash behaviours and decision-making, being composed, and able to put the brakes on irresponsible or irrational behaviour.
Based on work I’ve conducted with the mining sector in Canada, and other reports, there are many benefits to having women in senior executive roles and in the trades including:
– accessing a greater pool of talent – only hiring men is missing half the population
– branding your organization – you can attract “employer of choice” awards for having your finger on this pulse
– more motivated staff – employees will feel heard and understood because attention will finally be paid to seeking more women in their workplace
– reduced absenteeism, reduced turnover and greater productivity – it has been well documented that people prefer to work for a woman as they have greater understanding and empathy than their male counterparts
– women are half the population and therefore have insights to products and markets that only they can bring to bear. By cutting them out, you risk losing half your target audience/market.

Evidence shows that women are still not equally represented. Consider these facts:
– Only 17% of executive roles in many of the Fortune 500 companies are filled by women
– In the most popular skilled trades industries, only 14.2% of registrations are from women
– In Canada, a woman makes on average .87 cents (less in some provinces) for every dollar her male counterpart makes.
– Women are 18% less likely to receive a raise than their male counterparts
– Women with doctoral and bachelor’s degrees earn less than men with the same degrees
– 18.9% of women work in part-time roles as opposed to 5.5% of men leading to lower earnings
So how do we overcome this default behaviour of impulsively dismissing gender diversity as an issue that  requires action? Let’s break it down with an example.
There are activating events such as a remark that someone says like “there aren’t enough women in senior executive roles in the forestry sector”. The receiver of this comment may believe that there are in fact many women gainfully employed in the forestry sector and dismiss this comment based on their perspective beliefs. These beliefs (false as they may be) lead to a consequence of no diversity planning which ultimately means there is an impact on the bottom line of the company. If the receiver was better able to suspend their beliefs long enough to explore the facts (e.g. the business case), and then make an effective decision based on these facts that will better the company and bottom line, it would lead to an entirely different outcome: the development of a gender diversity action plan.
Having the awareness of your impulse control capability is the first step toward approaching issues with a new lens, one that could very well lead to much improved financial gains.
The next time you are given the brush-off at a business reception or notice someone’s eyes gloss over with the mere mention of gender diversity, I encourage you to recite these facts and then circle back to see if your listener ends with the same conclusion.